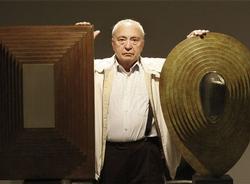 Born in May 1936, at the beginning of the Spanish Civil War, Kieff Grediaga Bueno is the son of Antonio Grediaga Doncel, a cabinetmaker , and Epifania Bueno. His father recorded him on the name of "Kieff", referring to Kiev the capital of Ukraine where his father was brought to go to fight the army of Franco. On March 6, 1940, his father was sentenced to death by court martial . Some time later, his sentence was commuted to twelve years and one day of imprisonment in Alcalá de Henares . In 1942, the Civil Guard intervened in the family home to force parents to baptize Kieff under a Christian name. They choose the name of Antonio and since then his official name is Kieff Antonio Grediaga Bueno. In 1946, his family moved to Alcalá de Henares where his father was released on bail. He began his training with his father in the restoration of church furnishings that had been destroyed during the Spanish Civil War . In 1947, his family returned to Madrid. His father, still on bail, must make the furniture in General Franco's room. These pieces of furniture are now on display at the Prado Museum. In 1950, he continued his studies at the Salesian school and began to study the visual arts . In 1951 he began studies in industrial design and architecture . In 1955, his father went to Brazil to escape multiple arrests of a political nature. In 1956, Kieff continued his studies of architecture at the school Cantos Irigoyen where he created his first two sculptures entitled "Concentricas" and "Excentricas". He began his two-year military service. In 1958, at the age of 22, he opened his own cabinetmaking and decoration workshop in Madrid and a decoration studio in Madrid. He manufactures furniture for the aristocratic society of Madrid. In 1959 he moved to Brazil and joined his father. He settles in São Paulo and works temporarily with his father. In 1960, he began aerodynamic engineering studies. He builds a glider. He created his first mural as part of a project led by Brazilian architects for the Palácio da Alvorada in Brasilia. In 1961 he moved to Buenos Aires, Argentina. He works as a cabinet maker and at the same time begins studying drama, singing, and piano. In 1963, he learned, in German luthiers, to make guitars and violins. For two years, he made guitars and repaired musical instruments for the Buenos Aires Theater. For the first time, he sings as solo tenor with the orchestra of the Teatro Colón in Mar del Plata. Encouraged by Argentine artists, such as the painter Ideal Sanchez, he creates these works Tabas, Jotas and Setasin wax and plaster. In 1964, he received the diploma of honor from the drama school of Avellaneda (province of Buenos Aires). He joined an independent theater troupe and played Blood Wedding and The Zapatera Prodigiosa by Federico García Lorca. In 1965 he toured as a tenor with the Avellaneda Symphony Orchestra. He receives a scholarship from the Spanish Cultural Institute to pursue music studies in Santiago de Compostela, Spain. In 1966, he traveled to Barcelona to study the work of the Spanish composer Manuel de Falla with the famous singer Soprano Conchita Badía, student of Manuel de Falla and Enrique Granados. He gives several concerts in Spain as a tenor soloist, beginner in Santiago de Compostela. In 1967, he left for Vienna in Austria to continue his studies of music and singing. He works part-time for several museums in furniture restoration. He also makes drawings of future sculptures. He befriends several Spanish conductors becomes a friend of Jesús López Cobos, Luis Antonio Navarro García and Miguel Ángel Martínez. He studied the works of sculptors Jean Arp and Constantin Brancusi. In 1968, he married in Vienna the Canadian soprano Nicole Lorange. In 1969, the couple settled in Montreal, Canada. Kieff is interested in the work of the Austrian sculptor Fritz Botruva. He studies the art of casting and continues to draw and make models. He made his first paintings on canvas. Birth of his daughter Elyzabeth. In 1970, he made his first solo exhibitions in Montreal and New York. In 1971, he settled in Saint-Bruno and transformed his garage into a sculpture studio. He goes to Barcelona in 1972 where he stays a year. He travels to Japan and exhibits in Tokyo. Birth of his son Orestes in Montreal 4. In 1975, he created his own foundry in Belœil. He settled temporarily in 1976 in Pietrasanta, Italy. In 1977, Zubin Mehta, of the Israel Philharmonic Orchestra, commissioned him a diamond and gold necklace, presented as a present to the Queen of Spain on the occasion of the arrival in Israel of the National Orchestra of Spain. He also ordered a medal for the arrival in Israel of the tenor Luciano Pavarotti. In 1978, conductors Elga Smith and John Tuli of the Royal Opera House in London asked him to direct Mozart's Flûte enchantée. He is working on this project with the conductor of the Berlin Opera Göteez Fredric 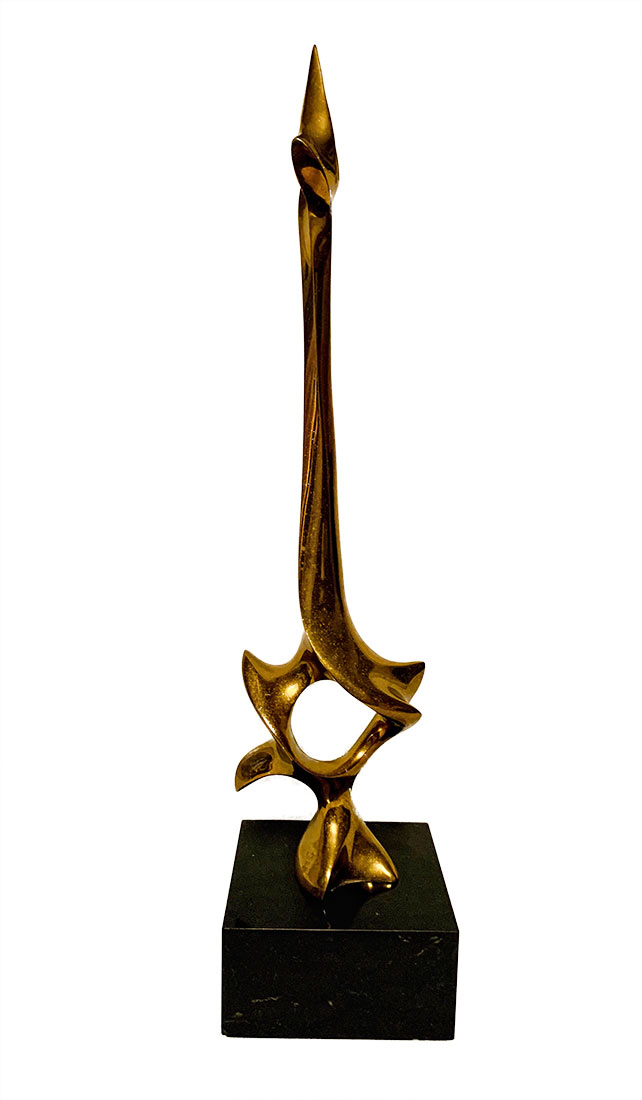