Robert Larum The famous piece "Classic" is of unquestionable authenticity. Rarely ever offered for sale. A sold out edition. Larums Arabians are at the heart of his work, with the style and design remaining largely consistent through the years. Today Robert Larum lives and maintains his studio in Littleton, Colorado - joined in the business by his daughter, Melissa. He and his wife formerly raised Arabian horses. As a small bit of background from Mr. Larum's website: larumsculptures.com and that of Meyer Gallery in New Mexico that, along with Breckenridge Gallery (Colorado), represents his work: Robert came to the United States from Norway in 1948, becoming a ski and mountain climbing instructor for the army involved with the Mountain and Cold Weather Training Command in Colorado Springs and Camp Hale, Colorado. Following military service, he became a brick and stone mason by trade. He fell from a scaffold and broke his leg. During his recovery period, Robert was finally able to do what he had always wanted to do, from the time he had left Norway. That was to pursue his talent as a sculptor. During World War Two, in his native homeland of Norway, Robert first saw the Arabian horses that were brought into his country by the occupying troops. From that time began his love of the beauty and grace of such a magnificent animal. As a young boy, his main interests were in carving what he saw in real life. He has continued to pursue that dream and his sculptures reflect and capture those feelings. He has established a solid reputation as a sculptor of equine bronzes and has collectors internationally including Canada, Spain, Norway, Sweden, Germany, Holland, France, Belgium, South America and Australia. In over 30 years as a full time artist he has completely sold out several hundred editions of his work. He has been commissioned to create bronze statues for many Arabian breeders as well as other breeds of horses. However, he as expanded his subject to include wildlife, dogs and people. Balance, grace, beauty, realism, strength and form are evident in each piece of art as it takes shape in wax or clay. Robert not only sculpts his artwork, he performs much of the process in the lost wax casting process including mold making and his last monumental piece of art was a two ton, twenty foot long sculpture of two Percheron horses pulling a slip driven by a man. It was representative of the history of the working class construction worker in the early 1900"s." 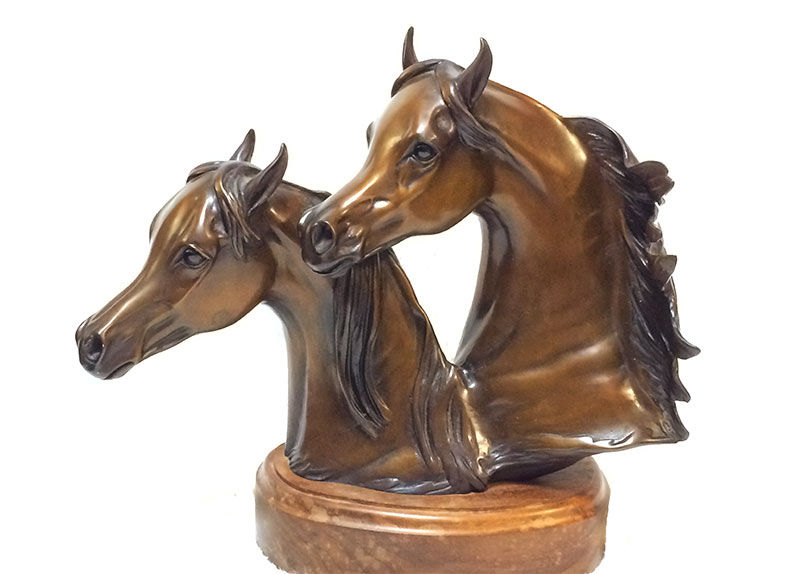 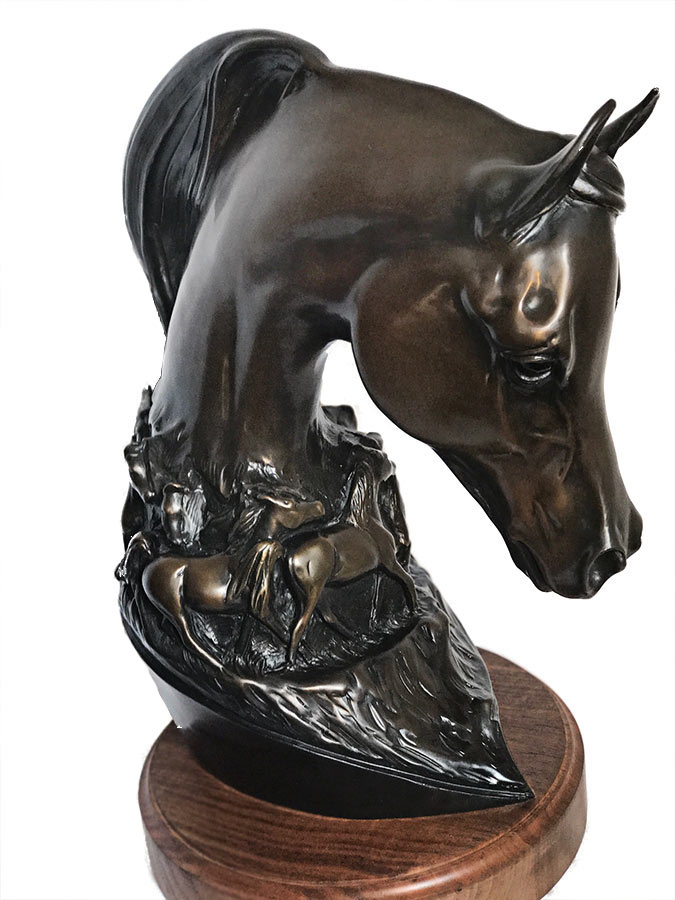