Daryl Colburn, nationally acclaimed non-ferrous metal sculptor, has been working with copper, bronze and silver throughout an impressive three-decade career. A self-taught artist, Daryl has proved to be a pioneer in the art of metal sculpture, mastering techniques such as fusion, patinas, overlays, brazing, reticulation and soldering. He is constantly exploring new techniques; including fusing metals previously thought to be impossible to combine. With an oxygen acetylene torch, hands, heart and hammer, he yields one of a kind sculptures and two-dimensional copper wall hangings, which embody Daryl's passion for life and his quest for God. His extraordinary talent and artistic vision have earned national recognition as well as a client base spanning the globe. Described as an alchemist, fusing different metals into intricate shapes and figures, and discovering new patinas, his work is a tactile exploration of contrast using his truly unique vision and talent he expresses a work that speaks the language of the heart. Daryl's sculptures call one to go deeper into ones' self. Being told at the age of eight, "This child has no talent", and failing high school art because he couldn't comprehend the color wheel, it was becoming clear that formal art education held little promise and seemed unlikely that Daryl would pursue a career in art. At the age of 21, Daryl sat heavy laden in a ditch outside his home in Houston, TX and prayed, "God, give me something that I can do and love for the rest of my life and will bring me closer to you". The very next day Daryl was given an opportunity to take a jewelry class, and so began his 33 years as a full time metal sculptor. Formal education is no match for God and answered prayer. It is often said that when people fall in love over the years they begin to look alike, such is true of Daryl G. Colburn; with fiery blue eyes, coppery hair, and rusty complexion; and a new sheet of copper. Daryl, with his genuine sense of humor, positive outlook and childlike appreciation of life, speaks of copper as a lover, a friend and a confidant, together they become one. Entering into his fourth decade, Daryl continues to sculpt new and exciting pieces, with an oxygen acetylene torch, hands, heart, and hammer. Sadly Daryl passed away 2011. 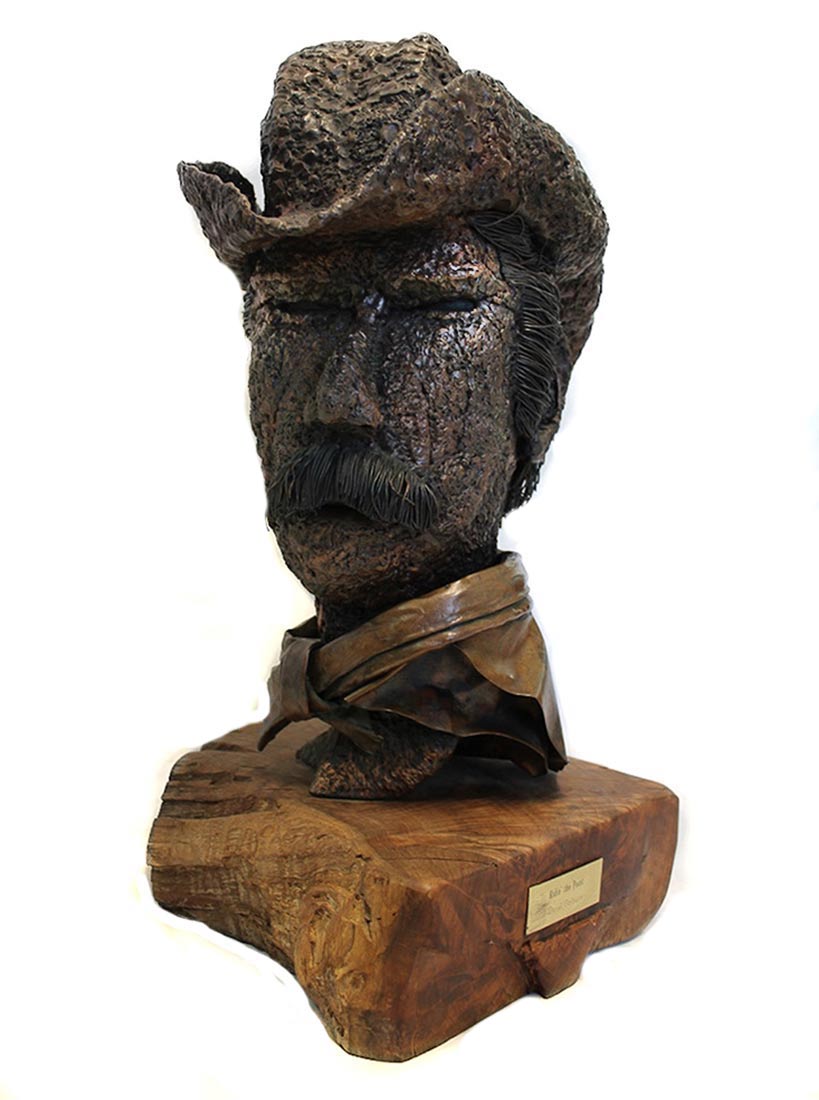